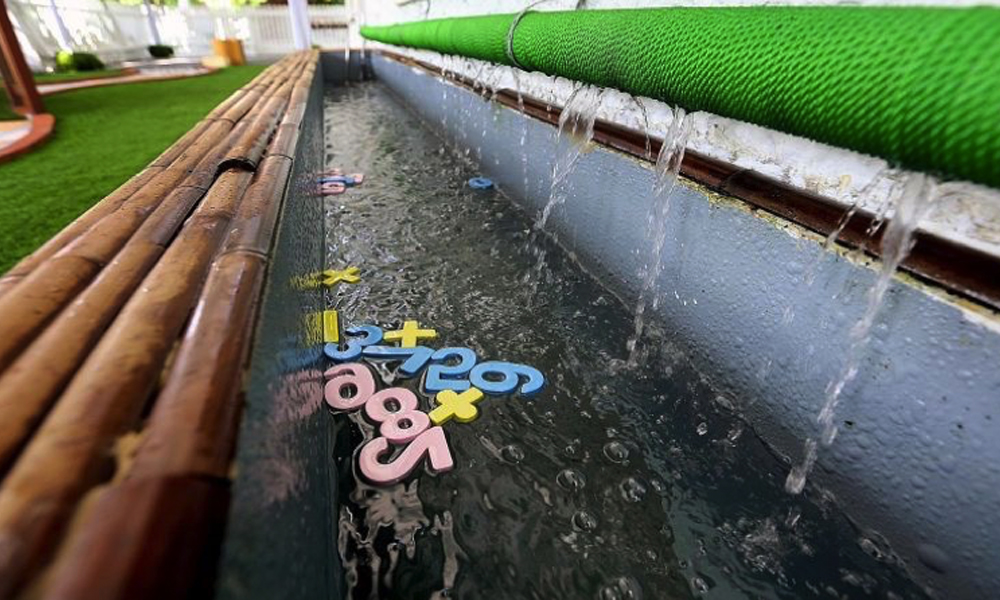 Early intervention therapy within lessons for kids with autism or other needs.

A new pre-school in Bukit Timah will be taking in children aged three to six with different learning needs – whether they are mainstream children or have special needs.

Bright Path Preschool, which can take up to 70 children in its first batch, will offer early intervention therapy within lessons for children with autism or any other needs, even those with high IQs who may need more attention.

The pre-school at 55 Fairways Drive was opened yesterday at a ceremony officiated by President Halimah Yacob. It is one of the few pre-schools in recent years to offer inclusive education in Singapore’s early childhood scene. Singapore’s first inclusive pre-school, Kindle Garden, opened in 2016.

Bright Path currently has four children and is expecting around five more to join in August. The pre-school integrates professional therapy into its curriculum, eliminating the need for children to be pulled out for additional therapy sessions.

It has three teachers for now, two of whom are trained in early intervention. It also has a psychologist, a speech therapist and an occupational therapist joining in August.

It will draw up customised plans for each child upon enrolment, with input from educators, healthcare professionals and parents.

For instance, lessons could include horse-riding therapy, which is known to benefit people with disabilities, and developing gross motor skills with a sensory path made up of different textures and terrains, such as pebbles, logs and bumps. Instead of staying seated to do work on tables, children will be given the flexibility to draw on mirrors or scribble on fences. Maths lessons will include water play, where children are calmed by the sound of water as they learn about numbers.

Bright Path will also tap expertise from other pre-schools such as Pat’s Schoolhouse and Odyssey The Global Preschool in the network of centres run by its parent firm Busy Bees Asia, a global early education provider.

Ms Julia Teo, Busy Bees’ deputy director for operations, said the new pre-school’s focus is not to label children with formal diagnoses or conditions but to recognise that all of them have different learning needs.

“We want to bring out the kids’ capacities and strengths rather than say ‘you don’t have this or that’,” she said. “This builds their confidence and self-esteem, and then learning can come a lot faster.”

Experts have said that letting children with special needs mix regularly with their mainstream peers from a young age not just helps build a more inclusive society, but also aids the former to improve their social and cognitive skills.

Ms Foo Wann Yun, 40, said her son Russell, who joined Bright Path in June, has improved in his social skills and language in less than two months.

“He couldn’t write anything before – just a few strokes and dots – but now he can sit and write his full name,” said Ms Foo, the principal of another pre-school. Russell, who is 4½ and has autism, had some trouble mixing with his peers in a previous school, but is now much happier in the new setting.

“It’s a smaller group, not so stressful. Over here, there’s no standard rule of measurement and they really cater to his needs,” Ms Foo said, adding: “He loves school, he’s motivated.”

At Bright Path, we provide a comprehensive curriculum lesson plans and conducive environment for all children to seeks out new knowledge to improve oneself.

In Bright Path, we educate our children to grow up with positive attributes such as being respectful to people around them. Our educators are the role model of such qualities, treating our children with respects in return, guide our children to communicate with politeness and sincerity.

Aside from providing close guidance to each child, we also give them the opportunities for them to think out of the box, explore possibilities and allows them to freely express their thoughts and ideas in school. An innovative Bright Path child is one who imagines what is possible and find ways to realise them.

Our educators set good examples for our children such as being gracious to people around them. We nurture our children at this stage so that we can shape their character when they are young, spreading empathy and kindness to their peers.

In Bright Path, we provide educational books for children to understand certain qualities such as being honest, where we hope our children can practice truthfulness in word and deed.

In school, it exposes our children to learn together with their peers with different learning needs and attention. Through this, we encourage our children to be understanding and caring to one another, allowing them to exhibit consideration and compassion through turn taking and sharing of toys and activities.

Modern Facilities and Close to Nature

To facilitate experiential learning and development of motor skills, Bright Path provides a Sensory pathway, Water Play area, Indoor gym and a Herb Garden. Each of these help your child build essential motor skills while having fun! Our herb garden also helps to bring your child closer to nature, developing life skills beyond the books.

Bright Path is situated away from the bustling cities which makes it an ideal location for you child to get close to nature and make new unexpected friends!

Bright Path offers Early Intervention programmes in a 5-day week, 7am to 7pm setting, supported by ECDA and PPIP.
In Bright Path, we do not offer 1:1 intervention/pull out sessions as our techniques are embedded throughout the day by our early intervention specialists and early chidlhood educators who work alongside the allied health care team. Based on the term inclusion, the therapists work alongside teachers in ensuring that the techniques are followed through and embedded in every day teaching.

We take pride in achieving the lowest teacher-child ratio in the industry. With a ratio of 1:3, every Bright Path child will have ample attention, guidance, and a chance to shine. Our educators will also be able to observe your child's progress closely while forging a strong bond and connection with each and every child.

Close Partnership with our Parents

To ensure that your child is learning and growing, even outside of school, we schedule home visits at least once a year.
We also schedule our Parent Teachers Meetings twice a year to discuss on your child's goals and areas of improvements.
During the home visits, information from parents will be gathered regarding the difficulties/challenges they may face with their child at home. Our specialist team will work with parents to set up a conducive area for home learning so that learning is transferred from school to home. In doing so, it ensures consistency in learning so that the child can function holistically at home, just as well as they do in school.

Personalised Education Plan (PEP) is an education plan customised by our allied care team and educator after a few weeks of observation of your child's learning needs in school. This plan includes information on a child's goal and is review on a bi-weekly basis to ensure that the goals can be achieved based on the customised teaching techniques. The PEP plan will be presented to parents during Parent Teacher Meetings to ensure a robust and comprehensive update on the child's progress since enrolment and that all our goals are alighned.
The PEP is a ‘live document’ which explicitly describes a child’s learning needs and areas that educators can refer to, to create learning that is conducive and specific to the child. With the PEP, it encourages the child to learn at his/her own pace, without compromising the mainstream curriculum.

Bright Path offers a curriculum that is in line with Nurturing Early Learners (NEL) and Ministry of Education (MOE) guidelines to help equip our children for smooth transition to Primary 1. We ensure that our children are both knowledgeable in their primary and mother tongue language to groom them as confident speakers.